Some neighbors are displeased with a 171-unit apartment building proposed for 52 Hanover St. in Portland, saying the plan lacks affordable housing.

Applicant Tom Watson & Co. LLC is proposing a six- to eight-story, 239,000-square-foot mixed-use building, which will include four retail spaces on the ground floor in addition to 171 upper-floor apartments.

The plans include an outdoor patio space, and a 194-space parking garage under the building, which would be shared with 82 Hanover St., a nearby property also owned by Watson.

Several West Bayside neighbors sounded off about their concerns at the project’s first Planning Board workshop last week. Many took issue with plans to include only 17 workforce housing units in the new building and no affordable housing.

Paris Street resident Laura Simocko said while she thinks 52 Hanover St. would add some “much-needed housing” to Portland, she finds it “incredibly disappointing” that developers are planning only 10 percent workforce housing and no affordable housing.

“I strongly encourage (the board) to consider the housing needs of all city residents as you move forward, not just those with high incomes,” she said.

Olivia Orr, also of Paris Street, noted City Councilors voted to sell the land to Watson based on his plan to create affordable maker spaces for artists and had a “bunch of reasons” for wanting the building used for that purpose, including that it “wasn’t environmentally suitable for housing.”

She added “every single councilor” was opposed to putting affordable housing at the building for “one reason or another,” leaving her confused about why the council “suddenly thinks it’s OK” to build housing on the site.

“I haven’t heard a full explanation from them about why none of this is a concern anymore,” Orr said. “I’m left to assume it’s because they don’t want it to be affordable housing.”

Peter McLaughlin of Peaks Island echoed those concerns and said the project “doesn’t meet the moment” of what he called a “true housing crisis” in the city, and will only benefit the developers because the rents will be too high.

Watson purchased 52 and 82 Hanover St. from the city three years ago; 52 Hanover previously was the Department of Public Works vehicle maintenance facility and a fueling station for city vehicles.

The 82 Hanover property was recently redeveloped and houses Watson’s Port Property Management, along with what he called “a roster of all-star commercial tenants.”

Initially, Watson planned to use the 52 Hanover building to house maker spaces for local artists, but this summer he received unanimous approval from the City Council to use it instead as an apartment complex.

Of the 171 units proposed, 114 will be one-bedroom units; 37 will be two-bedroom apartments.

The project would require demolishing the existing maintenance garage. The four retail establishments on the ground floor will face the proposed patio area. A 10-foot wide public pedestrian easement will separate the 52 Hanover patio from the adjacent patio and retail stores at 82 Hanover.

With the apartments’ proximity to 82 Hanover retailers, Watson said he hopes his new project results in a type of community the city of Portland does not yet have, and make the West Bayside neighborhood more lively.

“If you go down there at 8, 9 or 10 in the morning it’s pretty quiet, and if you’re there after say 11 (at night) it gets pretty quiet and it gets kind of dark,” Watson said. “That’s when we said wouldn’t it be great if we could have a 24/7 presence, meaning residential.”

Planning Board members and city staff discussed the project’s design and transportation management plan, among other details, in the Oct. 27 workshop. A second workshop and a neighborhood meeting are required before the project can be approved.

Will Savage of Acorn Engineering said efforts were made to reduce the number of parking spaces provided at the new building, and an indoor bicycle storage room is planned.

Watson said he is always trying to do what he can “to get people to get rid of their cars,” and there will be a charging area for electric cars as part of the new construction.

The Transportation Demand Management plan also states the building will offer several “on-site amenities” in the hopes of minimizing the number of errands tenants need to run elsewhere, “to reduce the dependence upon driving alone.”

For instance, plans for the new apartment complex include a communal space for teleworking, a fitness room, and a rooftop courtyard equipped with fire pits and a wading pool.

City documents also state Watson hopes to market the housing to downtown employees in an effort to reduce increased highway traffic coming into the city.

Some city residents on Oct. 27 spoke in support of the project, including Ethan Boxer-Macomber of Glenwood Avenue.

Boxer-Macomber, a developer of affordable and nonprofit housing for 15 years and the president of a political action committee that opposed three housing-related citizen initiatives on the Nov. 3 city ballot on grounds they would reduce all housing construction in Portland – including affordable housing – said he believes the proposal meets an “incredibly important unmet demand” for market-rate apartments.

In response to neighbors’ concerns about the site being environmentally unfit for housing, Savage said that is part of the reason for the proposed ground-level parking area, which will allow for airflow “between the ground, parking structure, and units up above.”

Watson also responded to the criticism by saying he went through the proper approval channels to change the proposed use of the building. He also said his project will lead to “substantial tax revenue” for the city if it is approved.

“I will say this actually does meet the moment,” he said. “We are in need of 1,000 market-rate apartments and this is a step in the right direction.” 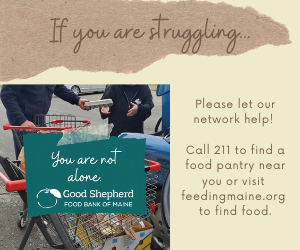