Almost all the major races in Portland’s Nov. 8 municipal election will be competitive, with nearly a dozen candidates competing for four seats across the City Council and School Board.

Monday, Aug. 29, was the deadline for potential candidates to submit nomination papers. 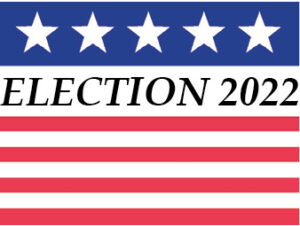 The at-large and District 3 seats on both the council and School Board are on the ballot, with incumbents seeking reelection in three of the races. The exception is council District 3, where Councilor Tae Chong decided not to seek reelection after growing frustrated by what he described in July as an increasingly gridlocked council that is no longer passing meaningful legislation.

The two candidates for Chong’s seat are Regina Phillips, a social worker and adjunct professor at the University of Southern Maine who also works as the equity resource director for Westbrook Public Schools, and the sister of state Rep. Rachel Talbot Ross, D-Portland; and Nathaniel Ferguson, a 2021 graduate of Colby College who is a data analyst for Onpoint Health Data in Portland.

Incumbent at-large Councilor Pious Ali is seeking his third term on the Council. Ali, the longest-tenured councilor who is the mayor pro-tem, is originally from Ghana and is the director of Portland Empowered. He is the first person from the African immigrant community to be elected to office in Portland, and likely the first in Maine. He served one term on the School Board before being elected to the council.

Challenging Ali is Aqeel Mohialdeen, who is the editor and publisher of the Hanging Gardens of Babylon newspaper, Maine’s only Arabic-language newspaper. Originally from Iraq, Mohialdeen is also the vice chair of the Maine Republican Party’s multicultural center in Portland.

A third candidate, Richard Ward, ran for a temporary at-large seat on the School Board in June and finished last among seven candidates. He has been endorsed by the Christian Civic League of Maine, and on social media has said he believes in “standing up to the woke progressive mob,” defending religious and medical freedom, banning “sexualized material geared towards children” from city facilities, and “taking care of our homeless first, before accepting more.”

The at-large School Board seat will be contested by incumbents Sarah Lentz and Benjamin Grant. They won their seats in the June election, filling vacancies created when former School Board members Roberto Rodriguez and Anna Trevorrow were elected to the City Council last fall.

Lentz has worked for 20 years in equity and inclusion positions with organizations including Learningworks and the Maine Philanthropy Center; Grant is a lawyer and former chair of the Maine Democratic Party who previously ran unsuccessfully for the Charter Commission and in the 2020 Democratic primary in House District 41.

Incumbent Adam Burk is seeking a second term representing District 3 on the School Board. He is the principal and chief executive officer of Adam Burk & Co., and will face two opponents: Samuel Rosenthal, a retired engineer who Burk defeated for the seat in 2019, and Julianne Opperman, a former teacher who now works as an education consultant.