Portland emergency responders were called to nearly 500 overdoses in 2021, and Cumberland County had nearly 100 deaths, according to a preliminary report compiled for a City Council committee.

The statistics were slated to be presented to the council’s Health and Human Services and Public Safety Committee on Tuesday. A more complete report, the Expanded Death Report for 2021, with statistics compiled by the Margaret Chase Smith Policy Center and the state medical examiner’s office, is expected in April. 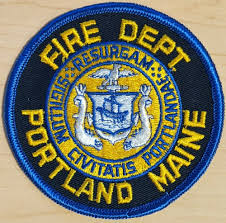 The Portland Fire Department responded to 465 overdoses in 2021, 200 of which were related to opioids, according to the report provided to city councilors.

Of the 465 overdoses, 172 cases were considered “opioid with coma,” which means the victim was unconscious at the time EMS responded. Another 89 were considered opioid without coma, which means they were responsive at the time of EMS arrival, though that does include cases where naloxone was administered by police or a bystander before EMS arrived.

The report comes about a week after the Portland Police Department announced it had responded to an “alarming” number of overdoses since just before Christmas.

As a result, police and Portland Public Health officials urged residents to be aware of access to Narcan and other harm-reduction strategies. Narcan is available at pharmacies without a prescription, and the city offers no-cost training for Narcan, and overdose recognition and response.

Police say if you encounter someone who has overdosed you should call 911 and stay with that person until emergency responders arrive.

The report notes, however, that in the first half of 2021 a large percentage of people experiencing homelessness and those affected by mental illness and substance use disorder were placed in hotels in South Portland. When those temporary shelters were no longer available and they started returning to Portland, the city saw an increase in overdoses in the fall and winter.

Of the 322 overdoses, 27 were non-opioid related. Intentional overdoses using prescription drugs accounted for 63 percent of non-opioid-related incidents, followed by 19 percent due to the use of methamphetamine.

Last year the city’s Syringe Services Program, often called the Needle Exchange, distributed just over 4,600 doses of nasal Narcan to clients. It was a historic year for the exchange, with collection and disposal of more than 384,000 syringes and distribution of more than 435,000 to people who use drugs.