Response to last week’s call from the City Council for more poll workers for the July 14 primary elections will allow the city to keep all 11 polling places open.

City Clerk Katherine Jones had initially asked councilors to consolidate to three stations because she expected to have too few volunteers to staff all 11 sites.

Jones later revised her request to six polling places, including one on Peaks Island. But councilors decided to wait one more week before making a decision, and issued a public call for workers. 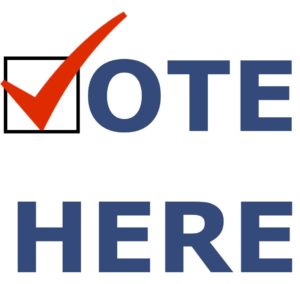 The announcement that the wait was worth it came during a nearly six-hour special workshop Monday.

Jones said her office received more than 100 applications almost immediately after the June 15 meeting where councilors made the call for volunteers. Eventually, more than 300 people applied for the jobs that pay $12 per hour.

She had said she would need 126 workers to keep all 11 stations open, but because of social distancing will now be able to reduce the number of staff needed at each polling place, and will have enough workers ready for July 14.

No members of the public spoke on the measure Monday night, and councilors ultimately postponed the vote to consolidate. They also unanimously approved moving the Portland Exposition Building polling place to the Troubh Ice Arena next door, because the Expo has been used as a shelter and is closed to the public during to the coronavirus pandemic.

All polling places will be open from 7 a.m.-8 p.m. on July 14. Same-day voter registration is allowed. A list of where residents should vote is available on the city website.

Councilor Spencer Thibodeau, who had called out residents and some political groups that criticized the city for considering consolidating polls, while not offering to work July 14 themselves, said these are “unprecedented times.” He said he was glad to see groups he had been critical of stepping up to help, and said hopefully this demonstrates the good that can be done by working together.

In-person early absentee voting is now underway, with voting available at the clerk’s temporary office in Merrill Auditorium weekdays from 9 a.m.-4:30 p.m. Residents are asked to wear masks and use the entrance on Myrtle Street. In-person absentee voting ends July 9 because it is not permitted the last three days before an election.

Absentee ballots may also be requested in writing, by calling 874-8610, online from the website of the Maine secretary of state, or in person at the clerk’s office through Election Day, and residents do not need to specify a reason. Mail requests, however, should allow appropriate postal time.