The Thursday before New Year’s Eve was a cold sunny day. I remember clearly because at 7:30 a.m. I took my dog Mellie out for a walk and felt as if things were exactly as they should be. Mellie barked at Mia, a ferocious eight-pound chihuahua who never fails to make her neck fur stand on end.

I waved to the women speed-walking past us and noticed their new matching fluorescent green HOKA sneakers. A group of high school kids were carrying gym bags and heading around the corner toward the 9B bus stop. I applauded their camaraderie, realizing they must have practiced during the vacation week between Christmas and New Year’s Day. There was an ebb and flow to the day. Like I said, everything was as it should be. 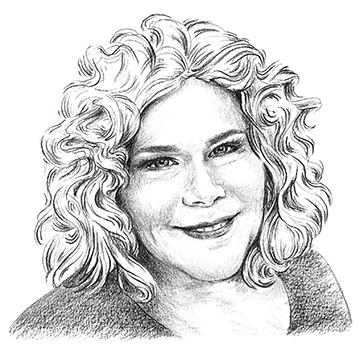 Until an hour later when it most definitely wasn’t.

It was around 9:30 a.m. when I called the Portland Police Department to report that my car had been stolen. It was parked in my space when I went inside after my walk with Mellie. But it wasn’t there when I went outside to go to work. It was gone and in a second, nothing was as it should be.

Before calling the police, I tried to reason my way through a low-level panic episode. My heart was beating hard and I began to doubt my whereabouts over the previous 24 hours. Did I drive to Starbucks and walk back? Did BFF drive me home from someplace? Did I park in another spot and if so, why would I do such a strange thing? The low-level panic ramped up. Fortunately, a police officer arrived within an hour of my call.

My car was missing for almost three weeks when it turned up in the parking lot of a Lewiston apartment complex. It was driven hard, needs body work in three areas, and smells like moldy wet clothes and lots of weed. Thus far my insurance company has been compassionate; it’s going into the shop for a complete mechanical evaluation. My fingers are crossed they’ll remain that way when the time comes to justify the cost of fixing it.

I’m well aware that people will want the intel about what the Portland and Lewiston police are doing to find the thief or thieves. Things are unresolved. There were solid clues left in the car and I’m not done pushing for action when little is forthcoming. So, that part of the story isn’t quite finished, leaving little to share.

What I can share is that having my car stolen is a special kind of emotional assault and one of the worst things that has ever happened to me. It may seem overly dramatic, but I’m a hot mess. Sure, no one died and a car is a material object. But if this grand larceny theft happened and someone got this close to me, what’s next? Yes, the car has been recovered (and I’m hoping it’ll be rehabbed), but I’m frightened, exhausted and out of sorts.

With this in mind, I went looking for helpful resources. I found that in 1987, a woman named Trisde Welch in Delray Beach, Florida, founded an organization called Citizens for Auto-Theft Responsibility (CAR). A victim herself, it’s Welsh’s experience that auto theft financially and emotionally scars you. As she points out, the big deal is that car theft is a violation of a person.

Thirty-six years later, the government offers tips and advice to car owners to help stymie thefts and encourage owner proactivity. But we still have a criminal justice system that gives the act low priority and its victims little support and guidance. The responsibility to fall back on common sense (lock your car doors and remove valuables), diligence (park in a well-lit place), and technology (invest in anti-theft systems and devices) is squarely on us. We all need to take preventive measures another step further.

Even though there is little anyone can do to help me feel truly safe, this is not a “Pity Party – Table for One” situation. If you want to help out, take extra good care of yourself. Be careful but not paranoid. Double-check your locks and windows, but don’t obsess.

This raw feeling of mine will pass or perhaps ebb. I’m leaning on friends and hoping that things will soon be as they should.

Natalie Haberman Ladd is an award-winning columnist, freelance writer, and Portland restaurant veteran. She loves Boston sports, California cabernets, and has never sampled a cheese she didn’t like. Reach her at [email protected].

Car thefts
on the rise

In 2019, only 17.2 percent of property crimes (of which auto theft is one) were “cleared,” which means a suspect was charged with the crime. (Source: Pew Research Center)