My trip into town fell well within social distancing guidelines of getting exercise and fresh air.

The Old Port was calm and surreal with blocks of empty parking spaces. Cobblestones on Wharf Street that have ruined the stiletto heels of so many college girls from away looked like they were finally ready to spill centuries of secrets. There were no suits. No women who lunch. No hipsters. No millennials. And certainly no tourists.

For as many times as I’ve traversed those streets, the vibe never felt as welcoming. And, the feeling was mutual.

Strolling onto Commercial Street, the door to Old Port Wine & Cigars was open and behind the desk sat owner and famed Portland storyteller Jacques DeVillier. I’ve always enjoyed Jacques and consider him the most accessible retail wine professional in the city. His shop smells like my grandfather’s contraband Cuban cigars (in a good way) and he’s been known to tell intimidated wine shoppers and connoisseurs alike, “Hey, it’s only grape juice.”

I’d like to say DeVillier had a big smile for me, but masks had just come into vogue and David Wood, who is DeVillier’s next-door business neighbor, tailored him a mask while making them en masse for our nurses (shout-out to David Wood Clothiers).

Even for a wannabe like me, Old Port Wine & Cigars is an oenophile’s candy store and after browsing, the talk turned to business.

“There’s obviously not a lot of foot traffic but hey, I’m essential,” DeVillier said jovially. “And really, as far as social distancing, I haven’t been able to get a woman within 6 feet of me in years. It’s nothing new, but we’ll see. I’ll tell you though, what’s really been good for us is delivery. My manager, Kevin up the street (DeVillier also owns Old Port Spirits & Cigars at 79 Commercial St.) connected with Drizly and it’s been great.”

Considered the Amazon for all things boozy, Boston-based Drizly was founded in 2012. It operates as an e-commerce platform in 180 markets in the United States and Canada, where users can order beer, wine, and liquor directly from a local retailer through a mobile app or website for delivery to their home. 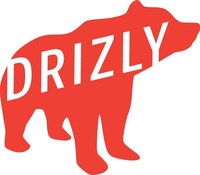 In anticipation of a booming summer season, Casey, 39, reached out to Drizly in April of 2016.

“Getting set up went smoothly. They gave us supplies and some marketing, but the app really does everything,” he said during a phone call. “People shop a website, place the order, schedule a delivery time, pay for it, tip the driver, and can leave comments. It’s intuitive and easy to use and train on.”

Pricing is the same as shopping on-premises but looks odd when ordering.

“It’s different because the bottle or cans deposit is added into the price shown on the website,” Casey said. “So a bottle of Tito’s vodka might be $19.99 in the store but will show up as $20.14. There’s also a $4.99 per-delivery charge, which is how we settle up with Drizly.”

Casey started with two drivers when he had eight or 10 deliveries a day and considered that busy. “But that was life before COVID-19,” he said.

Over the past month, the store has hired two more drivers working 25-30 hours a week, with in-house staff covering shifts as needed. On April 24 the store did just under 100 deliveries, setting a new record.

As Portlanders hunkered down, early orders were divided equally between beer, spirits, and wine. As time went on, wine emerged as the leading beverage of choice, presumably as people realized dining at home was as fancy as it was going to get. And, because wine is delicious.

When asked how the delivery drivers are doing, I wasn’t surprised to hear all four averaged $1,500 in credit card tips during the most recent two-week pay period. However, I am still saddened when I think of all the servers and bartenders who typically made similar earnings two very long months ago.

At the end of our phone call, I asked Casey how he thought things would shake out when we reach a new normal. What would happen to the delivery business?

“There will be a decline once people can get out, but not back as far as we were when we did 10 a day,” he predicted. “Customers like the service and we’re gaining loyalty along with the regulars we had. We’ll see.”

“We’ll see,” seems to be the attitude DeVillier, Casey and many of us are optimistically taking. Shaken or stirred with hope, positivity, compassion, and a heavy dash of faith, it’s surely the best cocktail for all of us.

Natalie Ladd is a Portland restaurant veteran, freelance writer, and connoisseur of all things Bruce Springsteen. She loves Boston sports, chewy red wine and has never sampled a cheese she didn’t like. She can be reached at [email protected].