Maine Republican lawmakers took a drubbing in last week’s election, and many party leaders are sorting out where the party might go to avoid long-term minority status.

In an apparently favorable climate, and with various national polling sites suggesting both House and Senate were in play, the GOP had high hopes and specific legislative seats targeted. 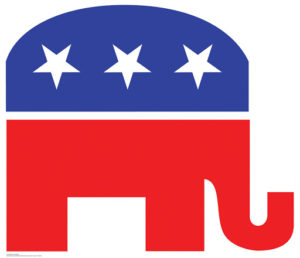 Instead, they ended up back where they started, with a 22-13 deficit in the Senate. They added just one House seat to the 66 they won in 2020, with Democrats holding at least 82.

“We lost in a lot of places we expected to win,” said Billy Bob Faulkingham, a Republican entering his third term from Winter Harbor. “We’ve been branded with lots of labels that aren’t who we are.”

Faulkingham spoke before the Monday caucus in which he was chosen as the new minority leader from a five-member field, succeeding Kathleen Dillingham, who was term-limited. Amy Arata of New Gloucester, also in her third term, will be assistant leader.

The Senate chose its new leaders last Thursday, with Trey Stewart of Presque Isle and Lisa Keim of Dixfield replacing Jeff Timberlake of Turner and Matt Pouliot of Augusta, who both stepped down.

Republicans have dug themselves a deep hole, according to Peter Mills, one of the most visible GOP lawmakers for many years. He served seven terms in the Senate and ran twice for governor, in 2006 and 2010.

Mills delivered a harsh assessment. To regain credibility, he said, Republicans “have to stop kowtowing to the evangelicals,” and “give up on horribly simplistic notions like repealing the income tax.”

Mills became a Democrat to support his sister, Janet Mills, in her successful campaign for governor in 2018, and said her re-election on Nov. 8, with its strong showing in the 2nd Congressional District, demonstrates that she’s taken up political space once occupied by Republican candidates.

Matt Pouliot’s assessment was closer to Faulkingham’s. He said, “Maine people did not feel that what was being offered was enough to overcome some preconceived notions coming out of national politics,” while acknowledging the inundation of outside advertising “came from both sides of the aisle.”

The failure of Paul LePage to make a case for what would have been a third term as governor weighed on the ticket, Pouliot said. “He went away, came back, lost weight and seemed a lot happier. Other than that, I didn’t see a LePage 2.0.”

Pouliot did agree with Mills that Democrats are now occupying traditional GOP turf. In what was expected to be a close race in neighboring New Hampshire, U.S. Senate Democrat Maggie Hassan “won reelection with a lot of Republican platitudes,” he said.

Pouliot thinks the party can make specific changes and emphasize its belief that “as people find their purpose and path in life, they can achieve prosperity as individuals.” If voters believe Republicans “only care about corporations,” they will fail, he said.

Faulkingham said the GOP must convince voters that “we’re the party of family values and support for workers, and that we’re not the party of racists and bigots.” He said
Republican responses to the latter charges are often “weak and defensive,” and that the party’s messages must focus more strongly on how it can improve Mainers’ lives.

Abortion is a problem Republicans need better answers for, Pouliot said. After the Dobbs decision was handed down in June, “We weren’t ready. We weren’t ready for the conversations that need to happen.”

Banning abortion is not possible, in Maine or other states, he said: “It didn’t work with Prohibition, and it’s not going to work with abortion.”

Instead, Pouliot said, the party needs to focus on supporting women who are pregnant and don’t see a successful life ahead: “If we support families, as a whole, we have a lot better chance of changing the dialogue, and working across the aisle.”

Focusing on what matters to Mainers is also key, Pouliot said. The flood of out-of-state ads in legislative races about an invasion of refugees and immigrants didn’t help. “It’s just not a significant concern here,” he said, noting that his grandfather came to Maine from Canada.

It’s too soon after the election to make long-term plans, Faulkingham said: “I haven’t formulated the winning message.” He added, though, “It’s been too much about our differences, and not about what brings us together.

Pouliot said there were attempts to moderate some of the party platform’s extreme positions at the state convention, but they were unsuccessful. Next time, he hopes there will be a different tone.

The next indication of the party’s direction may come in late January, when the state party chair will be elected for the next election cycle. Demi Kouzounas has been chair since 2019, with Jason Savage the executive director.

Douglas Rooks, a Maine editor, commentator and reporter since 1984, is the author of three books, and is now researching the life and career of a U.S. Chief Justice. He welcomes comment at [email protected]