‘Quiet” might not be the right word for it, but Portland’s longest continuously running label has certainly kept things largely underground. You won’t hear their artists on local radio or on every local stage.

But as Milled Pavement, founded in 2004, has aged it has remained remarkably consistent in releasing smart, eclectic, pointed, and often dark electronic-based material that challenges its listeners with substance and genre-stretching.

The label has, however, greatly increased its geographic diversity, especially now that one of its founding members is firmly ensconced in Dallas, Texas.

For more than a year, Brzowski (aka Jason Cornell) has had a new home base and he’s recently taken over some business duties, becoming the COO of Milled Pavement to still-local Moshe’s CEO. While HQ remains in Maine, the label has a decidedly national – even international – worldview, with releases last year from Marrow (Toronto), dubldragon. (San Francisco), and Anthony Maintain (Maine), in addition to Brzowski’s own “Blooddrive Vol. 4.”

“We haven’t got a sound per se,” Brzowski said over the phone from Dallas. “But when you see the Milled Pavement Elk logo, just like when you see Wild Pitch or anti-con, you know that’s a signifier of quality and you’ll get a certain thing when you hit download or buy a CD.”

Or a cassette. Like other indie labels, Milled Pavement has retained a love of the physical product.

“The presentation and the music should be wrapped together,” Brzowski said. “As a label and an artist, I’ve tried to use the same kind of imagery, the same layout. I want it to be a conceit that’s carried forward, soup to nuts. I think that helps shape the perception of what the sound is.”

If there is a consistent conceit, it is a sober dead seriousness. Milled Pavement records – and there are 78 of them now – are not known for their melody or playfulness.

And yet the newest release, “Duress,” from MC Homeless in a team-up with fellow Austinites HaplogroupX, can sometimes be downright fun.

“I don’t think Milled Pavement has ever put out a record with a horn sample before,” Brzowski chuckled.

There are throwback hip-hop elements throughout the EP, and not just the sharp and pointed ode to the 1990s, “Analog,” that clocks in under two minutes and references everyone from Vanilla Ice to Jose Canseco. The high-end piano riff is like looking into the sun.

But don’t let the bounce fool you. Homeless is still the direct, cutting voice he’s always been, with help from his duo partners.

“Poison” is the single and it is a witty commentary on the cult of personality that has lately dominated our public discourse. With a focus on Jim Jones and a ghostly descending keyboard line, it forces us to consider what is the human inclination to follow leaders. What makes one person so charismatic and compelling that other people can’t seem to tell his lies from the truth and protect their own self-interests?

In “Disarray,” we hear about a timely reference to a “bunch of drunk cops,” with a sampled drum kit that lends an organic charm and a bouncing acoustic guitar strum between two chords, like a Bill Withers track. But it’s the soulful bass line, three notes up and three notes down, complemented by a swaying horn sample, that ties it all together.

As Homeless is “passing on the truth to the youth,” there’s also an entreaty to “pull up a barstool,” which serves as an appeal to the common man and a reference to an early Milled Pavement release, “Life on a Barstool,” by A-Frame and Mic Clouds, though it’s out of print now.

Homeless’ steady delivery, often almost spoken, is complemented by Bernichus’ rising shouts and nasal brightness. Transplant, Haplo’s other half, provides a steady production bed that allows them to yin and yang back and forth, keeping the focus on the vocals.

“Harbor” has a “Hill Street Blues” kind of vibe, streetwise and world-weary: “It’s funny how free you feel underneath this thunderdome” is a line that hits like a freight train. But so, too, is there a reference to proudly flying “a flag with a snake,” which today may have strayed from its original libertarian call to freedom and come to be associated with more sinister intents. Luckily, there’s a BJ Thomas “Raindrops Keep Falling on My Head” bite to keep everything light and cheery.

At a crisp five songs, this is definitely a release that leaves you wanting more. Both from this new collaboration between MC Homeless and HaplogroupX and from Milled Pavement as a whole.

But don’t worry. Brzowski promises the label has plenty in the works for the rest of 2020, including his own release later this summer with C-Money Burns. And, hey, if this pandemic abates, we might even see him swing back through town on tour this fall. 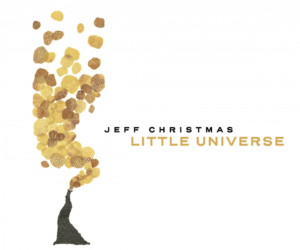 • FonFon Ru, “Worst Case Scenario.” Full of fuzzy guitars and a driving snare, this is the first single to announce the cassette rerelease of “Death and Texas.”

• Jeff Christmas, “Little Universe.” His first full-length since 2004, and his first since moving to Portland four years ago, this features all kinds of collaborators, from vocalist Monique Barrett to new drummer-about-town Joe Beninati, who finds himself much in demand.

• Tom DiMenna, “You Know Me, My Devil Says.” A first release from this one-time backup quarterback at Penn, this full-length is stripped down and atmospheric, alternately tenor and bass vocals over delicate guitars. A little like early Jacob Augustine.

• The Jacob James, “S/T.” The Toughcats’ Jacob Greenlaw has a new project but still hails from North Haven. This time, he’s collaborated with Bill Trevaskis for vampy rock like what Whitney and White Denim have been up to. Fun stuff.

• P.MO, Mike Squires, and Spose, “Clocking Out.” One of the more contemporary-sounding records to come out of Maine, this is straight Top-40 with a bullet, matching auto-tuned crooning with rap verses.

Portland brothers brew a beer for Indian food, and to address...