Backers of a referendum challenge to the New England Clean Energy Connect transmission line to Quebec that was ruled unconstitutional last year by the Maine Supreme Judicial Court are back with another attempt to kill the project.

Approximately 80,000 signatures aimed at halting construction of the Clean Energy Corridor have been certified by the secretary of state’s office, and the Legislature will next take up the measure.

But will the new question ever get to the ballot? 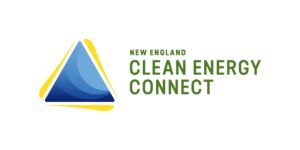 The first campaign featured the largest amount of spending ever lavished on a Maine referendum – more than $25 million. Central Maine Power Co., its parent Avangrid, and Hydro Quebec, which plans to send 1,200 megawatts of hydroelectricity south through Maine to Massachusetts, took the lead in opposing the question, while some of their competitors in Maine’s energy market, including NextEra, Calpine, and Vistra, supported it.

Last Aug. 13, the high court took the unprecedented step of removing the question from the ballot, finding that, since it simply overturned a regulatory decision, it was not a piece of legislation, and also that it violated the separation of powers between the executive and legislative branches.

According to Adam Cote, the Drummond Woodsum attorney who will defend the revised referendum campaign against additional court challenges, the new, much more extensive initiative cures both those problems.

Orlando Delogu, emeritus professor at the University of Maine School of Law in Portland, isn’t so sure. Delogu, who predicted the SJC’s ultimate decision in a Feb. 17, 2020, Portland Press Herald op-ed, wrote a Maine Lawyers Review article published Nov. 25 forecasting the same fate for the new question.

Delogu argued that it is not “general legislation,” and that it violates the federal and state constitutions through “a retroactive provision reaching back to the earliest date of the project,” and adds, “without naming CMP, the corporation is singled out for unique treatment.”

Since the proposal still voids the original Public Utilities Commission order, he argued, it has the same separation of powers problem as the first question.

Cote, who finished second to Janet Mills in the 2018 Democratic primary for governor, is among a diverse group of political figures opposing the project that includes Rick Bennett, a current Republican state senator from Norway, and a former GOP senator from Wilton, Tom Saviello, who led the new signature-gathering effort.

Democrats in the Legislature passed two bills in the 2019-2020 session aimed at delaying or sidelining the project, but both were vetoed by Mills, who supports NECEC. An earlier lawsuit by NextEra to overturn PUC approval was also rejected by the SJC.

Cote said there was good reason to believe the first referendum could have passed constitutional muster.

“In a majority of states where the courts have considered it,” no separation of powers violation was found, he said, because the Legislature originally created the PUC, and legislation could alter its decisions.

As for the retroactive provisions, Cote said it would not apply to earlier proceedings, as Delogu alleges, but only to the final permits issued for the project – with the retroactive date of Sept. 16, 2020. It was after that date that the U.S. Army Corps of Engineers ultimately approved a permit; a presidential permit for crossing the Canadian border came just days before the end of the Trump administration.

“By then we had given clear notice that we’d be challenging the project,” Cote said. “The company is taking a big risk in beginning construction.”

The referendum is not the only matter in dispute.

The Army Corps permit is being challenged by the Natural Resources Council of Maine, the Appalachian Mountain Club, and other plaintiffs, who claim the Corps should have required a full environmental impact statement. After being rejected by the U.S. District Court, that lawsuit is now before the 1st Circuit Court of Appeals in Boston, which has ordered a stay pending further arguments.

Meanwhile, Avangrid’s NECEC Transmission subsidiary is clearing land and building towers in the existing corridor north of Lewiston; it’s the 53 miles of new construction the appeals court is scrutinizing.

Another lawsuit challenges the permit granted in 2014 by the Bureau of Public Lands across 36 acres of public-reserved land in the new corridor; it claims legislative approval should have been required, and is being heard by Superior Court Justice Michaela Murphy.

But the referendum is likely to determine whether the line is ultimately completed.

Avangrid President Thorn Dickinson, an engineer, declined to offer an insight into the company’s strategy for challenging the initiative.

But he did say that “personally, it’s been frustrating” to have so many delays for a project that would bring large amounts of renewable energy to New England. “It’s a huge boost for Maine’s economy that Mainers don’t have to pay for,” he said.

Other observers say the supreme court’s direction is difficult to predict. Delogu conceded the new initiative is “more complex” than the first one, and some attorneys who expect to be involved in the litigation say Delogu is often willing to be out in front on legal questions.

On the other hand, judges who found the first initiative wanting may be skeptical that its defects are cured by the second one – or whether it continues an attempt to upend a legal process that’s already been completed.

Douglas Rooks has covered Maine issues since 1984 as a reporter, editorial writer, columnist, and former editor of Maine Times.