After more than two years of restaurants struggling to stay afloat, and keep their staff safe and their doors open, do awards in the food world even matter anymore?

Do awards mean anything to a restaurant that is still short-staffed, still dealing with COVID-19, and still trying to make ends meet? 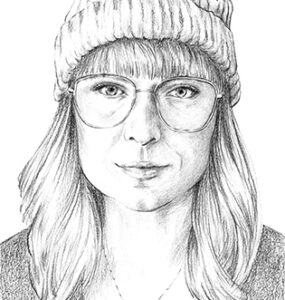 Last week, the James Beard Foundation annual awards crowned this year’s best chefs, restaurants, bar programs, and more. Even with the daunting day-to-day of running a restaurant during the pandemic, Portland’s food scene made an incredible showing of semifinalists, and five locals became finalists and traveled to Chicago to see if they would be crowned Best Chef North East, Outstanding Baker, or Best New Restaurant.

Back before masking and mass closures, national recognition like the Beard Awards were game-changers for restaurants. Just being on the long lists of semifinalists brought local, regional, and many times national media coverage. All of this could take a restaurant from being fairly busy to making it the place to try and get a reservation.

Now, as we move forward in a world where COVID-19 isn’t gone and chefs, cooks, servers, and bartenders have endured through it and most likely changed their models and practices, do awards matter? I spoke with three local finalists about what the nominations meant to them and their restaurants.

“We were stunned by the nominations, both the Best New Restaurant and Kate Fisher-Hamm’s semifinalist nod for Best Pastry Chef. Once the initial shock and disbelief passed, we felt humbled and incredibly proud of our staff, both past and present, who worked so hard to make Leeward what it is.

“We started seeing summertime levels of reservations almost overnight. Over the last two years, we’ve had a lot of great people become regulars who were vital to our survival during the worst parts of the pandemic. Now we’re seeing a lot of new faces and meeting a lot of great people who may not have heard of Leeward before the nominations or just hadn’t made it in for dinner yet.”

“When the long list of nominations was announced we were filled to capacity with our regular customers. It was incredibly heartwarming. Everyone knows that the last two years were rough on restaurants and the people who work in them. So the last few months being positive and happy is pretty refreshing.  Maybe that sounds a little sad but, in all reality, our regular customers are just the best. In that respect, we are exactly what we wanted a neighborhood restaurant to be and maybe, just maybe, a James Beard Award fits into that concept too.”

“I know the nominations are about the individual chefs, but honestly we can’t do what we do without our whole team at the restaurant both back and front of house and the support of family, friends, and guests we have. I know it’s cheesy and such but you need key people in roles and around you, Ilma doing all that she does and more, Kirby as chef de cuisine, Asher running the bar program, and the inspiration your kids give you every day and how you want to be a role model for them.”

Even though no one from Portland came back with an award, their recognition on this level should boost their restaurants and bakeries for months, if not years. Which is a win that small, family-owned restaurants in our city need.

Briana Volk is the co-owner of Portland Hunt + Alpine Club. She has written two cookbooks and writes about food, hospitality, parenting, and baseball. She lives in Portland with her partner Andrew and two kids, and can be reached at [email protected].