I am Briana Volk. Maybe you’ve read a thing or two about me, maybe you haven’t.

With my partners, I co-own the Portland Hunt + Alpine Club in the Old Port. It is a cocktail bar that has been open for nearly nine years. Beyond Hunt’s operations, I professionally write a lot about food and drinks and create recipes for several print and online outlets. 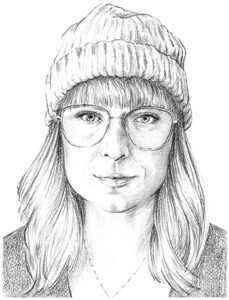 But this column is going to be different.

Because I own a restaurant, this won’t be about reviews. And I write recipes and advice elsewhere. Instead, I am going to be covering what makes the food scene here in Portland so great. Exceptional, really. How did we get so lucky and what are the elements that make dining out in Portland so special? How has dining changed? How did we get here and where are we going?

Last week, the Portland dining scene received an influx of James Beard Foundation semifinalist nominations. For the uninitiated, the James Beard Awards are the food world’s equivalent to the film world’s Oscars. For decades these awards were relegated to chefs and restaurants mostly in major cities that “food media” would cover breathlessly.

Within the regional awards, like Best Chef Northeast, we’d see some representation from Portland (two prior winners being Rob Evans, formerly of Hugo’s and now owner of Duckfat, and Andrew Taylor and Mike Wiley, at the time chef/partners at Eventide). In the bigger, more broad categories our little city wouldn’t be represented when going head-to-head with hot spots in New York, Los Angeles, or even the “other” Portland.

But this year, we saw one of the widest swaths of nominations that the city has ever seen. From Best Hospitality to Best New Restaurant to Best Cocktail Program and, of course, a few Best Chef Northeast, Portland – and Maine as a whole – is under a national spotlight.

After two-plus years of the hospitality industry working through the pandemic and all the iterations we’ve had to face, this is just another example of why Portland continues to have one of the best dining scenes in the country. There is something incredibly special about what our city has to offer, and it isn’t just the proximity to great seafood, farmers, brewers, or suppliers.

What really makes us stand out is the dedication and talent that is drawn to Maine, and the ambition to build spaces that aren’t just about good food, but everything a great restaurant or bar should offer: service, environment, and those impossible-to-describe vibes that your favorite places possess.

It is here, and it is here in abundance.

Over the last decade, Portland’s dining scene has grown, flexed, and changed. When I moved here 12 years ago, there wasn’t a dedicated cocktail bar; now there are several that offer incredibly unique experiences. Pop-ups and food trucks have evolved into brick-and-mortar restaurants. Small specialty grocers are bringing delicious cheeses, natural wines, and other great culinary finds to the masses. You don’t have to look or drive far to discover a gem.

Over the coming months, I will be using this space to dig deeper into why Portland’s food, drink, and hospitality scene has become a national destination. The hospitality industry in our city is vital; not just for tourism, but for jobs, for culture, for so much. I am looking forward to sharing stories of the folks who were here long before me and the folks here who will be part of the next wave of great places.

As we come out of the last few years we are going to experience another renaissance of how restaurants operate and what they mean to our community. Some of the most important moments of my life have been inside of restaurants – many in restaurants here in Portland.

Until then, dine out, order takeout, eat outdoors, and support your favorite watering hole. They still need you, more than ever. And don’t forget to tip your bartender.

Briana Volk is the co-owner of Portland Hunt + Alpine Club. She has written two cookbooks and writes about food, hospitality, parenting, and baseball. She lives in Portland with her partner Andrew and two kids, and can be reached at [email protected].