Maine has not been spared from a severe nationwide blood shortage.

Jennifer Costa, regional communications director for the American Red Cross Northern New England Region, said the shortage is the result of a “perfect storm” of issues, driven by hospital demand.

Blood supply always dips in the summer, Costa said, but it is especially severe this year because trauma cases are increasing while sicker patients are seeking deferred medical attention after a year or more of pandemic isolation. 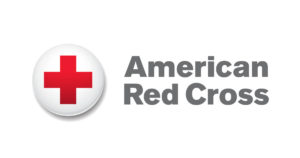 As people begin to resume normal activities after becoming fully vaccinated against COVID-19, Costa said, the need for blood transfusions has spiked because of more car and boat accidents. On a national scale, the need for red blood cells due to trauma has climbed by 10 percent, she said.

“Before I worked for this organization I took it for granted if I got cancer or in a car accident and needed a blood transfusion, if I went to a hospital I would just get the blood,” Costa said. “But the only place blood comes from is healthy volunteer donors. Unlike drugs and medication it can’t be stockpiled.”

The situation also differs from hospital to hospital, she said, but anecdotally, from talking to medical personnel, she said the current low supply is the “closest to the margins” they have ever seen.

The Associated Press reported June 20 that some New England hospitals are delaying or rescheduling surgeries due to the shortage of blood.

As travel has increased, Rappold added, he has also seen more patients from out of state come to the hospital requiring trauma care, from places as far away as Mississippi and Louisiana.

He estimated about 40-50 percent of the cases he treats require some form of donated blood products, and a smaller percentage require massive transfusions. His department also performs emergency general surgery, and he said he has seen several patients with ailments that would have been “better dealt with weeks or months ago” coming in now for surgery.

Deferred and rescheduled care, he said, has created a “humongous backlog” of cases that hospitals are trying to clear.

“I’m a retired military surgeon with multiple tours in Iraq and Afghanistan, so the shortages of blood and blood products, quite frankly, aren’t new to me,” Rappold said. “(But) civilian-wise I’ve never seen it this problematic.”

Rappold also said Maine Medical Center gets its donated blood products from the American Red Cross in Dedham, Massachusetts, which has been an added challenge during this crisis. Blood products have to be driven to Portland, which takes two hours or more “on a good day,” he said, and is compounded by traffic in the summer and on weekends.

The crisis has also reignited discussion about whether there should be restrictions on gay and bisexual men donating blood, which stem from a perceived risk of them passing on HIV/AIDs and other sexually transmitted diseases. U.S. donation rules were temporarily loosened last year due to a shortage at the beginning of the pandemic.

Lifting the ban, the UCLA Williams Institute reported in 2014, would increase the total annual blood supply by 2-4 percent.

Costa, of the Red Cross, said donation centers in Maine need 152 pints of blood per day to meet their demand – or 1,064 unique donors every week. Donors are not allowed to donate blood more than once every eight weeks.

She said Maine is running about 10 percent behind those requirements.

The best thing Mainers can do to help, she said, is checking the Red Cross website to find blood drives in their area. If they do not find any, Costa encouraged people to check back in 10 days and again in two weeks.

She also said interested donors should make appointments before going to a donation center since blood is perishable and the Red Cross does not want to “overburden the system” and let donations go to waste. If you cannot attend your appointment for some reason, she added, call the center so someone else can take your spot.

Costa also said the effort needs to be sustained because people tend to donate immediately when they hear about a shortage and then the interest tapers off.

“This is not going to be solved overnight,” she said.