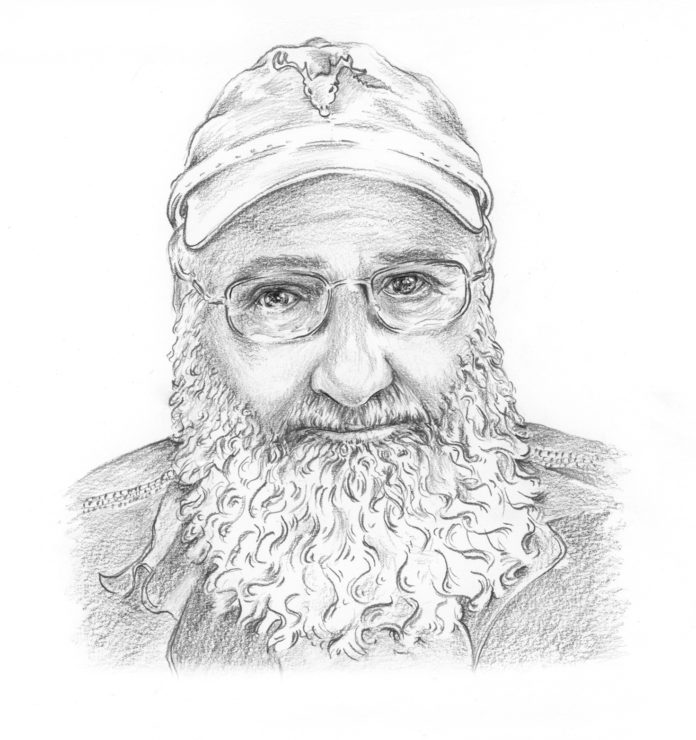 Chances are you’ve never heard of Tom Saviello. Even if you have heard of him, there’s approximately a 40 percent chance you don’t like him.

He’s mostly unknown, with big negative numbers among those who do know him.

Yeah, that looks like a strong base for running for governor.

And yet, Saviello, a former legislator from Franklin County and a leader of the successful referendum to stop the Central Maine Power Co. corridor through western Maine, continues to coyly deflect questions about whether he’ll mount a gubernatorial bid next year.

“I’m thinking about it,” he told the Lewiston Sun Journal last month, while also admitting he didn’t have a lot of time to make up his mind. “It has to be pretty soon.”

At various times, Saviello has been a Democrat, an independent, and a Republican. If he runs for governor, it appears he’d do so as an unenrolled candidate. It also appears he’ll do so with a platform consisting of a single issue.

Both Democratic Gov. Janet Mills and her Republican challenger, former Gov. Paul LePage, have been vocal supporters of CMP’s corridor. In spite of losing the public vote by lopsided numbers, the power company initially decided to press on with construction until Mills cut a deal with them to stop.

CMP has also filed a lawsuit seeking to have the referendum declared unconstitutional. The next legislative session is likely to feature several bills designed to stop the project, although such measures face a Mills veto.

There’s every indication the fight over the corridor will still be playing out on multiple stages by the time the election rolls around next November. But it won’t be much of a factor in the hotly contested governor’s race if it’s just pro-corridor Mills versus pro-corridor LePage.

So, there’s an opening of sorts for a candidate such as Saviello with solid anti-CMP credentials. After all, nearly 60 percent of the voters took that stand last month. The other 40 percent aren’t going to vote for Saviello no matter what.

But can he claim ownership of that majority vote if that’s the only issue on which he’s taken a firm stand?

During his legislative career, Saviello staked out the middle ground on nearly every controversy. Before retiring, he was a paper company executive who generally voted with the industry but got decent marks from environmental groups for his support for land conservation. On social issues, he skewed liberal, but not excessively so. On economic issues, he tilted conservative.

He toed the party line of whatever party he was in at the moment just often enough to avoid the ire of leadership.

When asked by the Sun Journal where he’d stand as a gubernatorial candidate on issues other than the corridor, Saviello gave an answer as squishy as a rotten pumpkin. Here’s what the newspaper wrote:

“He said he wouldn’t make promises on issues he couldn’t necessarily do anything about as governor, preferring to work with legislators to craft workable compromises on controversial matters if it ever comes to that.”

Health care? Take two aspirin and call me in the morning.

Tax reform? Take two deductions and call me in the morning.

Voting rights? Take two ballots and call me in the morning.

Mask mandates? Take two deep breaths and call me in the morning.

Just what Maine needs: a governor who doesn’t support or oppose anything. Saviello may try to characterize his lack of opinions on critical matters as moderation, but it’s really about being afraid to shatter the fragile anti-corridor coalition of conservatives, liberals, and middle-of-the-roaders who propelled him to a small measure of political prominence.

Abortion? Did I mention I’m against the corridor?

LGBTQ+ rights? That corridor sure is a bad thing.

Racial equity? Good thing I helped defeat the corridor at the polls.

While Mills and LePage are debating their differences on virtually every issue except the corridor, Saviello appears to be content to stand off to the side ignoring whatever flashpoints arise while reminding everyone he was anti-corridor when anti-corridor wasn’t cool.

Got an opinion on something other than the corridor? Email me at [email protected].