The Portland City Council on Monday unanimously approved a court-ordered formal explanation for its 2019 decision against holding a voter referendum on a proposal to require public financing of municipal election campaigns.

A group called Fair Elections Portland in September 2019 wanted councilors to send voters the clean elections measure via a City Charter amendment; the council instead opted for a charter revision, which led to a continuing legal battle – and ultimately the formation of the existing Charter Commission.

A Maine Superior Court sided with the city, but Fair Elections Portland appealed to the Maine Supreme Judicial Court, which sent the issue back to the council. Jen Thompson, Portland’s interim corporation counsel, said the Law Court could not act without a formal finding of fact from the city.

So Monday night’s vote was what several councilors called a “ministerial act” of approving the finding of fact document for the court. They were not relitigating the decision or policy; just affirming the council’s 2019 decision. Councilors had to acknowledge they were either present at those discussions or had subsequently watched the recorded 2019 meetings.

But several members of the public, including members of Fair Elections Portland or those who helped gather signatures for the 2019 referendum drive, criticized Monday’s action and urged the council to take the opportunity to change course.

John Brautigam, an attorney representing Fair Elections Portland, said watching a 2-year-old video should not allow councilors who weren’t part of the original discussions to participate in affirming their decision making.

“This is a violation of due process,” he said.

Anna Keller, who chaired the Fair Elections campaign, said the city’s actions will discourage others in the future from attempting to seek citizen initiatives as referendum questions.

“It is the city radically redefining roles of power,” Keller said, adding if the council continued down this path, it would only serve to “make the power of citizens weaker.”

Several others said the council had acted in bad faith since the initiative collected more than enough signatures to appear on the ballot and the council moved it forward.

But Thompson said the process is defined by state law to protect the city’s charter. She said it allows incremental minor changes to be made while “fundamental changes” require action by a charter commission.

Councilor Nick Mavodones said there is a fundamental difference in opinion between the council and Fair Elections Portland.

“Had we realized or had we thought we were acting in a quasi-judicial way we may have come up with a finding of fact (in 2019),” he said, adding it’s not typical for the council to produce such a document.

“The policy matter is not before us tonight,” she said. “Our scope is limited tonight. Our work or action right now within the scope of the order is a look back to September 2019.”

In an unusual action, the City Council on Monday unanimously released deed restrictions on properties that date back 120 years to facilitate a housing project.

The development by Avesta Housing on Valley Street would create 60 units of multi-family, mostly affordable housing.

City Manager Jon Jennings said a title search process by Avesta discovered there were deed restrictions for a former property owner from 1900 and 1907 that did not allow new construction within 5 feet of the street along Valley and C streets.

Avesta needs clear title to the properties before its construction loan can close next month.

Jennings said the Public Works Department concluded there is no need to continue the setback restriction. The Planning Board has also already approved the planned subdivision. The Council also previously approved the allocation of nearly $492,000 from the Jill C. Duson Housing Trust Fund, the creation of an Affordable Housing Tax Increment Financing District, and a credit enhancement agreement for the project.

Avesta has proposed a five-story project. Forty-eight apartments will be rented to people who earn no more than 60 percent of the area median income; 12 will be rented at market rate. There will not be age restrictions on the units, which will vary in size from efficiencies to three-bedroom apartments.

Snyder said she will chair the subcommittee, which will include Councilors Pious Ali, Mark Dion, and April Fournier.

Snyder said the full council will have the final decision about hiring a new city manager to replace Jon Jennings.

The panel’s first step will be selecting a search firm to help draft a job description.

Jennings, who has been with the city since 2015, is leaving Nov. 1 to begin a new job as the city manager in Clearwater, Florida. The council has appointed Corporation Counsel Danielle West as interim city manager when Jennings departs.

There has been council debate about whether the search should begin immediately or should wait until the Charter Commission issues its recommendations next year on possible changes in city government structure. Several commissioners campaigned on the desire to either dramatically reduce the powers of the manager and shift that executive authority to the mayor, or eliminate the manager position.

Some councilors expressed concerns about the quality of candidates the city may get, given the uncertainty about the Charter Commission’s work. But since commission recommendations would still have to go to referendum – which at the earliest would be November 2022 – the councilors ultimately decided they couldn’t go that long with an interim manager.

No action was required by the council on Snyder’s announcement. She said there was “broad willingness to serve on the subcommittee,” but didn’t elaborate on how the three other members were chosen. 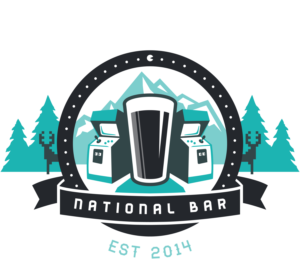 The City Council approved an amendment to the city code on fees for arcade games after one business owner was hit with a roughly $15,000 licensing fee for his collection of games.

The fee was charged to Dave Aceto, owner of Arcadia National Bar, which took over the former Port City Music Hall at 504 Congress St.

Aceto told the council he has 100 games in the new space after moving the business from Preble Street. He said he has no problem with fee increases, but thought the process was flawed because his business is almost more of a museum than an arcade.

“It’s taken us 15-plus years to amass the collection, and some of them are older than I am,” Aceto said.

He also said this type of inspection and fee assessment had never happened before.

Jennifer Hanscombe, the city’s director of permitting and inspections, said health inspectors are in charge of these inspections and look at a variety of issues, including counting the number of amusement devices, such as pinball machines. She admitted most businesses only have one or two devices.

The city proposed an amendment to the code that establishes a $153 fee per amusement device for the first 25 devices and $10 for each additional device.

Councilors said they still have concerns about the inspection and fee system. Councilor Belinda Ray, for example, said she would rather have seen a lower cap that still covers the city’s time and work for an inspector, but that also acknowledges inspecting other machines isn’t a considerable amount of additional work.

But rather than offer another amendment or postpone the vote, the council ultimately decided the fee schedule amendment is an appropriate alternative for now and fee structures could be revisited during Finance Committee and budget meetings.