In what could be a bellwether for the Portland music scene, One Longfellow Square put out a simple statement Monday: “Due to the COVID-19 pandemic, OLS is in danger of closing forever.”

With roughly $7,000 in bare-minimum monthly expenses and virtually zero revenue, OLS announced a fundraising campaign with a goal of $100,000, designed to get the nonprofit listening room to the “other side” of the pandemic.

“We were able to access the (Paycheck Protection Program) funds,” Programming Director and Venue Manager Jeff Beam said in an interview, “but it wasn’t especially helpful for us.”

The largest portion of Longfellow’s monthly expenses is wrapped up in $6,000-a-month rent, while the PPP program is based on 2.5 times monthly salary. “So it was a pretty negligible amount of money,” Beam said.

Basically, enough to make it to Labor Day.

The venue has worked with artists to do some streaming shows, including a virtual tip jar to put money in musicians’ pockets, but has yet to try the in-venue live streaming that the State Theatre debuted with its Conclave series two weeks ago. That show featured Rustic Overtones and Ghost of Paul Revere; Portland House of Music and Events will follow suit this coming weekend with a solo show from Kevin Roper (of The Project, and Pardon Me Doug).

“It’s such a small space,” Beam said. “We just weren’t sure with the safety precautions. We didn’t want to chance anything.”

OLS’s size currently dictates it can only have five people in the building; even if things were to open up, pairs of chairs spaced 6 feet apart means maybe 30 tickets available for sale.

“We’re hoping for some more state or federal relief,” Beam said, “but we can’t just wait around. We’ve sort of slipped through the cracks for the time being, so GoFundMe seemed like the best way to do it.”

Portland’s venue owners and managers have been in constant communication with each other, and have been active in the National Independent Venue Association, which advocates for federal relief from coronavirus economic hardship. Beam was even on a conference call with U.S. Sen. Angus King, I-Maine, last week.

“But he’s limited in what he can do,” Beam said, given Senate Majority Leader Mitch McConnell’s opposition to just about any further relief bill. Beam said King told the callers McConnell “has powers that would make Julius Caesar blush.”

One Longfellow’s landlord, Port Property Management, has offered some options.

“We’ve been working closely with both our residential and commercial tenants, including One Longfellow Square, to identify individualized arrangements throughout COVID-19,” Jennifer Munroe, PPM’s chief operations officer, said. “One Longfellow is a tenant, but also our neighbor and an important part of the community, and we will continue to do as much as we can to support them in these unprecedented circumstances.”

She declined to answer a question about whether PPM would be able to fill the space if One Longfellow were to leave.

“There are a lot of other important causes that people’s money could go to,” Beam acknowledged. “We know that. For us to be putting out a campaign like this, at a time like this, you know we really do have our backs against the wall. … We just have to be optimistic and keep fighting.”

If the venue can meet its fundraising goal (donations are tax-deductible), Beam thinks they can make it to mid-2021. If they can’t do that by fall, he said, the nonprofit’s board will likely return donations and shut the doors for good. 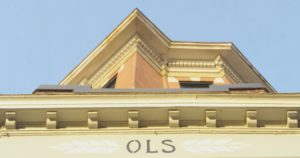