Maine’s U.S. Senate election is turning into a $100 million mud-wrestling contest with the candidates and their supporters fighting dirty in ways that should embarrass U.S. Sen. Susan Collins and challenger Sara Gideon.

The sad fact is that Collins could have won re-election easily had she not, inexplicably, become an enabler for President Donald Trump. In 2016, she realized Trump was no good and did not endorse him, but political expediency got the best of her after Trump inexplicably won and she threw away decades of goodwill. 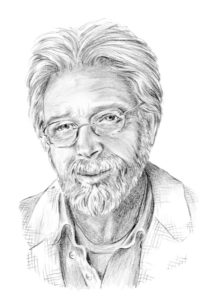 “My conclusion about Mr. Trump’s unsuitability for office is based on his disregard for the precept of treating others with respect, an idea that should transcend politics,” Collins wrote in 2016. “Instead, he opts to mock the vulnerable and inflame prejudices by attacking ethnic and religious minorities.”

Since 2016, Trump’s behavior has only gotten worse, but Collins immediately lost her nerve and with it her integrity. She is as afraid of Donald Trump as Trump is of Vladimir Putin.

Collins could have left office with her dignity intact, just as former U.S. Sen. Olympia Snowe, seeing the far-right handwriting on the Republican wall, did when she decided not to seek re-election in 2012. Instead, Collins soiled herself with pro-Trump votes to confirm accused sex offender Brett Kavanaugh and to pass a Trump budget that included tax cuts for the rich and cuts to the Affordable Care Act. Collins also cast the deciding vote to keep dark money dark.

Collins has taken ownership of the Paycheck Protection Plan, which actually originated in the House, not the Senate. She was a co-sponsor, but, as with most legislation, it is impossible to say who wrote what. On the other hand, Collins gets sole credit or blame for adding the loophole that allowed big hotel chains to cash in on money initially intended for small local businesses. That is what Democratic challenger Sara Gideon has criticized.

Collins is accused of voting to repeal a 3 percent tax on government contractors, a move that benefited her husband. But the vote to repeal the tax was 95-0. Talk about a lack of context.

And that PPP payment to Ben Gideon’s law firm, Berman & Simmons? Well, 429 Maine law firms got those forgivable loans, just as the program was designed to do. Gideon only criticized the PPP for taking funds meant for small businesses like Maine law firms and giving it to corporate conglomerates.

Collins’ latest low blow is a gotcha ad in which she accuses Gideon of being unprepared because she said she’d have to study the matter when asked out of the blue if she would vote to confirm U.S. Supreme Court Chief Justice John Roberts. Sounds reasonable to me. Twenty-two Democratic senators voted against Roberts, including Joe Biden, Hillary Clinton, and Barack Obama.

All the mudslinging and below-the-belt attacks on hubbies have obscured any meaningful discussion of issues. But then issues are not what the 2020 election is about.

So the only issue facing voters on Nov. 3 is whether our country can survive.