I wonder if I could sneak some hope into an election season column in 2022.

It’s tough to get pumped about voting when we all know how it’s going to shake out afterward. Ultimately, whatever voters decide will be violently contorted by public officials until it’s completely satisfactory to corporate interests and virtually useless to the average person. 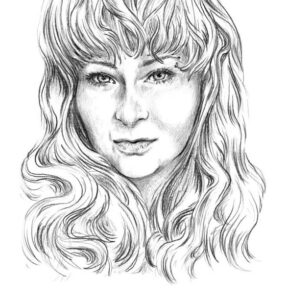 There is, as it turns out, serenity in accepting things we cannot change. And yet there are signs of hope from the political sphere, however flickering. Signs of life. Signs of the times, if you will.

My favorite local example is the satirical “Enough is Enough” signs cropping up around Portland in response to the nearly half-million dollar campaign put on by the Chamber of Commerce to oppose the institution of citizen-led lawmaking. The signs are part of an ongoing political art project by an artist known on Instagram as “aneirons”—they sport striking similarities to the real “Enough is Enough” campaign materials, adding sarcastic slogans like “a better city is bad for profits” and “if you kids don’t stop horsing around, we’re going to turn this car around right now.”

The financial reports for the “Enough is Enough” campaign reveal it as a vehicle for real estate developers, exploitative national outfits (like Uber and Doordash, who contributed $50,000 apiece), and other prime suspects in Portland’s twin labor and housing crises to funnel more than $120,000 into the pocket of Republican strategist Lance Dutson–who helped orchestrate the coalition’s digital strategy.

A glance at the real “Enough is Enough” social media pages turns up videos with messaging about how lawmaking is between businesses and politicians—so the peasants just need to keep our uneducated noses out of it. Which is an absolutely wild stance to take just because voters keep telling them to stop building luxury condos, rent-gouging, underpaying workers, and AirBnB-ing their way to a Portland no one can afford to actually live in, but okay. I guess. At least the fascist attempt to completely eradicate citizens’ initiatives makes for a funny sign battle. At least literal fascism makes for funny sign battles.

The closest thing I found to hope in the CD2 race is how the media is almost treating Tiffany Bond like a real person this time. I mean, not entirely—it’s not like she’s suddenly “legitimized” herself by blowing millions on advertising—but Jared Golden was so desperate to avoid the appearance of refusing to debate Bruce Poliquin that he was forced to actually speak the name of an Independent candidate aloud in his excuse for not attending.

In doing so, Golden bravely broke with the Democratic Party’s messaging mandate to speak exclusively about how the red team is bad. If the second-choice votes initially won by Bond’s innovative low-dollar campaign decide this race any more clearly than they did in 2018, the parties might actually have to start considering the impact of ranked-choice voting on their “good cop/bad cop” game. Wouldn’t that be something?

Speaking of which, no one in the governor’s race is even pretending to be the good cop. I’m over it. There are few things more quintessentially 2022 than a three-million dollar pageant for an important office with no good contestants. My hope here is to have better choices next time… and that the people of Maine’s Law Court sleep fitfully knowing they could have prevented this by implementing ranked-choice voting, as intended by the public, in the first place.

Lastly: I spotted my first news piece about the CD1 race today, less than 30 days from the election. Apparently not even consultants are wasting energy to pretend it’s a competitive race. Chellie Pingree is set to dump around a half-million dollars into sleepwalking back to her seat an eighth time.

The whole race may come in under a million dollars. Compare that with the roughly five million dollars floating around the CD2 race (and the $7 million Sara Gideon spent opposing other members of her own party in the 2020 U.S. Senate primary), it’s almost refreshing in its refusal to be ostentatiously wasteful. Maybe there’s hope for sensible political spending yet.

Does it still count as hopeful if I’m relieved to see the political system wasting fewer resources when it’s relying instead on democracy suppression tactics like gerrymandering? Let’s just say I hope you’ve found a better source than politics for optimism. Just a few more weeks!

Bre Kidman is an artist, activist, and attorney (in that order), and the first openly non-binary person in history to run for the U.S. Senate. They would be delighted to hear your thoughts on the political industrial complex at [email protected].